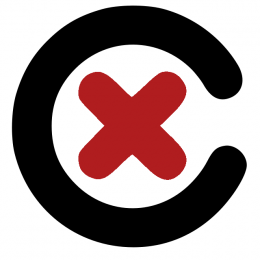 Logo of the University of Oslo’s Center for Research on Extremism, or C-REX.

It was 10:30 in the morning on Saturday, November 2, the day that we held the Scandza Forum on human biodiversity in Oslo, Norway. I was lining up chairs at the venue so that everything would be ready when the guests arrived at around noon. A friend of mine who had been waiting outside to receive any early guests suddenly came rushing toward me. “They have come to get Greg,” he told me, with obvious concern in his eyes.

When we got outside, we found some heavy vehicles parked in front of the venue and a team of policemen wearing uniforms which showed that they were not part of the regular Oslo police force. Right from the start, it was obvious to all of us what was going on, because there had been clear signs. Two days earlier, on Thursday, a Left-wing watchdog website had published a blog post attacking our event, falsely accusing Greg Johnson, who was to be one of the speakers, of being a fan of the notorious terrorist Anders Behring Breivik, thus implying that he supports terrorism and would be a threat to Norwegian society. Later that day, they posted yet another article with a statement from an alleged “expert on terrorism” who suggested that the Norwegian state should prevent Greg from entering the country, in the interests of national security.

To get a clear view of what took place in Oslo that day, which ended up becoming a worldwide news story, we have to go back more than a year; otherwise, one can’t understand what motivated the security service that day and the wording they used to justify their actions. It did not materialize out of thin air. In October 2018, the Norwegian Police University College released a report entitled Høyreekstremisme i Norge: Utviklingstrekk, konspirasjonsteorier og forebyggingsstrategier (Right-Wing Extremism in Norway: Developmental Patterns, Conspiracy Theories, and Proactive Strategies), edited by one Professor Tore Bjørgo. The report was produced by the University of Oslo’s Center for Research on Extremism: The Extreme Right, Hate Crime and Political Violence (C-REX). Note that this department isn’t devoted to research on political extremism in general – even the title of the department reveals that it has a clear political agenda, given that it explicitly singles out the “extreme Right” for scrutiny.

Before I even looked at the contents of the report, I knew two things about it. First, that given the nature of the department which issued it, it was reasonable to suspect that the report would be politically biased. Second, that since this was an official report from the Police University College, it was obvious that it would end up guiding future police work.

In the first paragraph of the report’s Foreword, we read:

In 2015, the Ministry of Justice and Public Security announced a research assignment on developmental patterns and proactive preventive strategies (forebyggingsstrategier) in relation to Right-wing extremism and conspiracy theories in Norway. Its purpose was to increase knowledge about the scope and development of Right-wing extremism and conspiracy theories, and how these phenomena could be proactively countered (forebygges). The Police University College (PHS), together with the Norwegian Center for Holocaust and Minority Studies (HL Center), won the bid for the assignment, and this report is its final product. [My translation.]

For anyone familiar with the sectarian nature of the Scandinavian social mentality, this reads like the introduction to a modern-day Norwegian version of the Malleus Maleficarum. Not only does it reveal that the Norwegian state explicitly perceives itself as having a mission to actively stamp out political opposition using its police forces, but it has also chosen the most piously orthodox anti-Right-wing organization possible to lead the task. With the “Norwegian Center for Holocaust and Minority Studies” at the helm of the inquisition to smoke out Right-wing heretics, the Norwegian state has become a parody of itself.

How is political ideology a police matter? Why is the Police University College involved in producing a report on certain political currents, if not to guide police work in accordance with the report’s findings? And in what way is it the state’s business to actively “prevent” a particular political perspective from existing? The Norwegian word forebygge has no precise equivalent in English which carries the same connotations, but it means that you proactively work to prevent something from coming about or appearing – as in when someone takes medicine to try to avoid an illness. It is often used in the context of preventing some sort of malady.

This must be seen in contrast to what Karl Popper called the open society, which is a society open to criticism; a society that invites criticism against its rulers and ideological assumptions, and where ideological disagreement is respected. All Western liberal democracies are supposed to be open societies, and they are certainly quick to attack anyone else who doesn’t embrace liberal democracy; but when the establishment starts to treat political disagreement as a crime, and when they make it a police matter to prevent the discussion of political ideas with which they disagree, they have clearly crossed the line into totalitarian territory.

My attention was brought to the report because a friend told me I was mentioned in it, as the founder of the Scandza Forum. Two things about the document were especially disquieting. First, on its cover was a photo of the government building that was blown up in Breivik’s attack on July 22, 2011, thus indirectly associating everyone mentioned in the report with the most detested person in modern Norwegian history. Second, the report explicitly claims to deal with Right-wing “extremism,” which as we shall see is defined in the report itself as the willingness to use violence for political ends.

Like most people in Scandinavia, I spent the entire day and night of July 22, 2011 in front of the television and reading news sites, following the horror that was unfolding, outraged that something like this could happen so close to home. I was also furious at the person who committed the crimes. Now, the Norwegian state was defaming me by indirectly associating me with those very same crimes.

As for “extremism,” the report has a very clear definition of the term: “The Police Security Service’s definition of extremism refers to a willingness to use violence for achieving political, religious, or ideological ends” (p. 15).

The Scandza Forum, as opposed to what is suggested by that definition, is a private forum for free speech and open debate. The speeches given at our conferences are posted online for the world to see, and we are as far removed as one could be from political violence. We do the opposite: namely, discuss ideas. In fact, the only violence that has ever occurred in connection with our events is when Left-wing extremists have physically attacked some of our guests as they have attempted to enter the venue, and when the Oslo antifa called for us to be murdered. To be fair, these things happened after the report was written.

But none of this mattered to the report’s authors, and as we will see in the next part of this article, this would have some real-world consequences.

Help Keep the Lights On at Guide to Kulchur!

The Will to Politics