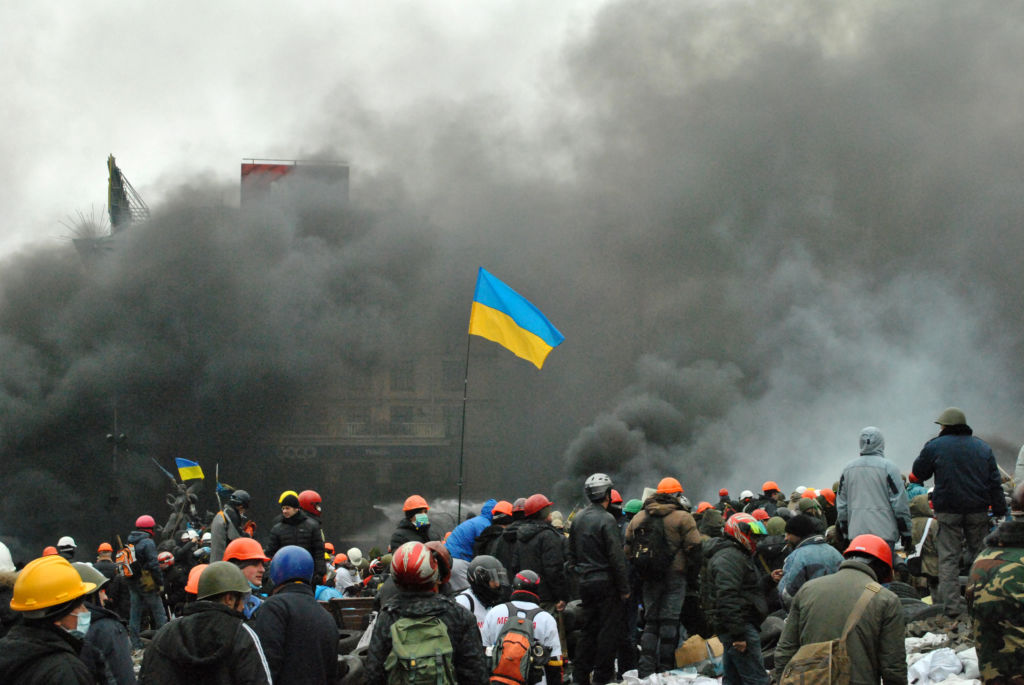 From the start in early 2014, I have made a point of not taking sides in the Ukraine-Russia conflict. It’s a complex situation – and there are legitimate concerns on both sides.

But I have made an effort to understand the issue – and to help others understand it. The best method for doing so is to let both sides argue their own case.

The purpose for doing this was:

Since the conflict has now escalated into a full-blown war, these interviews have become relevant once more and I have decided to make them available for members.

This is an interview with Olena Semenyaka, at that time international secretary of National Corps – a nationalist political party in Ukraine. I have since learned that she currently has an important position in the Ukrainian parliament (I have not been able to confirm this).

Semenyaka is also an intellectual with an academic focus on the Conservative Revolution, Ernst Jünger, and Martin Heidegger.

Personal side note: One sloppy journalist has said I have “close ties” to National Corps. It’s completely false. I have no “ties” to them at all.

I interviewed Semenyaka, just as I interviewed Dugin, in an effort to understand the war. As far as I’m aware she’s the only representative of National Corps I’ve ever spoken to.

I’ve spoken at conferences where Semenyaka was also a speaker. Other speakers at those conferences are vehemently pro-Russian.

I’ve interviewed Dugin three times and Semenyaka only once…

I’ve given interviews to academics and journalists doing research on the Right. Do they now have “ties” to me?

The idea that you can’t talk to anyone without having “close ties” to them is so silly that it deserves no further comment. I’m an independent observer and my views have nothing to do with any “ties”.

I am on record stating that I was neutral in the Russia-Ukraine conflict up until February 24, 2022. The only thing that changed my stance at that time was that Russia launched a full-scale invasion of Ukraine, which changed the nature of the conflict.

Note about the recording: The audio quality is bad. I was traveling at the time and Semenyaka had a weak internet connection. I’ve done what I can to improve it.

If I focus and listen through my headphones (rather than speakers), I can make out most of what’s said. Hopefully you can do the same.

Because many members have asked for it, and because it is an important historical document, I have decided to make the recording available — in spite of the quality.